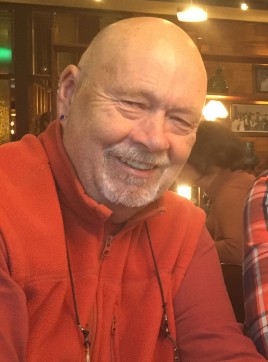 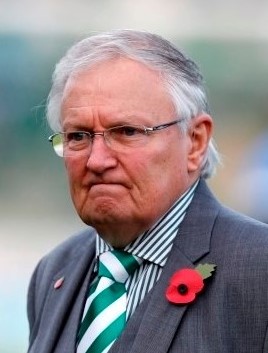 John Fry has been Chairman of Yeovil Town Football Club for almost 20 years and has overseen the Club’s rise from Non – League Football to the Championship.

Michael Bromfield is a Queens Award winning businessman and a long term Yeovil Town Supporter. He is the author of ‘Around the World with Yeovil Town’

I have read with interest your concerns about the new Supporters Trust and your comments about the annual contribution valued at £500,000 that the Directors are making to Yeovil Town Football Club (YTFC).   Firstly let me stress that I have no connections to the new proposed Trust and I have not attended any of the meetings. However I welcome its formation and believe it is long overdue.   Secondly you will recollect that almost ten years ago I wrote two articles that were published in the Western Gazette listing changes that I thought the Club needed to make in order to rid itself of its Non-League mindset and become an established Football League Club.
Sadly all my concerns are not only as valid today as they were 10 years ago but in many cases even more so. The Club is languishing at the foot of League 2 facing a likely return to Non League Football, you have alienated the majority of the Clubs Fan Base, the Club has lost control of its land assets by separating them into a holding company, whilst allowing its stadium to be put at risk as a mortgaged asset, the application for Retail development has been a shambolic embarrassment funded it appears by third parties and the most successful Manager the club has ever had who has overseen all our greatest achievements has wryly commented that the Directors that you regard so highly, appear to have lost their focus on football in recent years!

I have no doubts you wish well for Yeovil and have always tried to do your best for the Club but the world has moved on and your approach and attitude is outdated, inappropriate and likely to consign the club to a future similar to the likes of Salisbury and Weymouth. It is no longer appropriate to continually state you are the right man to lead Yeovil on and to talk about how many unpaid hours that you contribute if the end result of your efforts is negative for the club.

You talk about open and honest communication and you have practised neither in your communications with Yeovil Fans in regard to the ownership of the Club and Grounds.

Your recent statements about the Directors Financial contributions, the proposed Yeovil Fans Trust and Trusts in general and AFC Bournemouth have been unnecessarily provocative, misleading and in some cases just untrue and bring no credit to yourself and embarrassment to the club.

They do however confirm you are no longer the correct person to be at the helm of YTFC.
All Yeovil fans will gratefully acknowledge your efforts in successfully guiding YTFC from Non League Football to the Championship although you now appear to regret and denigrate the latter achievement. Indeed your statement that to win promotion to the Championship was a negative achievement was a most inappropriate statement for a high profile Sports Administrator to make knowing it would be reported to young boys and girls who would normally be encouraged to always strive to achieve their best performances – unless it seems they are playing for a team reporting to the Yeovil Chairman!

In short and to be blunt – your reputation is now irretrievably tarnished and just like Sepp Blatter you are past your ‘sell by’ date and it is time to announce you are prepared to step down or make the club available for purchase.

You will appreciate that being the Chairman and part-owner of a Football club has additional responsibilities as well as the Statutory duties that apply to all Company Directors. This is because as well as being a Company Director you are also the trustee of a Community asset that will hopefully survive way past you and myself for another 100 years.

If, as I suspect, you are not prepared to either announce that you are willing to stand down or allow the club to pass to alternative owners I believe it is not inappropriate to ask you some questions about the Club and its finances to clarify statements that you have personally  made in recent weeks because I have to say at face value they appear to be both contradictory and misleading and not at all reflective of an individual capable, or I regret to say worthy, of leading Yeovil Town Football Club.   I am listing these questions as a separate attachment and I believe that the fans who you ask to support the club are entitled to hear your response.

As a result and because I believe my letter and questions raise valid concerns and because you always say you believe in open and honest communication I am copying this letter and attachment to various media outlets so they will have the opportunity to fully publicise your response.

Can I close by acknowledging your efforts and contribution to the success Yeovil Town FC has enjoyed in the past but nonetheless reiterate the view (which I think you will find is shared by many supporters) that it is time to step down. Otherwise like a Boxer who is the last to recognise they have long since gone past the time to quit you not only risk tarnishing what little remains of your reputation but also of becoming an embarrassment to both yourself and the club that you have so loyally served.

I sincerely believe it is time for some long overdue changes at Yeovil Town FC but nevertheless send both you and all associated with the Club my Best Wishes for 2016 and look forward to receiving your response to my letter and the questions that I have posed.

2 When the contribution of £500,000 a year was questioned because it does not appear in the Club’s annual accounts you quickly ‘backtracked’ and said this was the Valuation of the time put in by the Club’s Directors each year! Do you honestly believe your Directors would command this salary in the real world let alone for overseeing two and possibly three successive relegations? Do you seriously value each of your Directors time on average being worth in excess of £80,000 pa? Can you provide supporters with details of the skills each contribute that you value so highly and explain how the sum of £500,000 was calculated and indeed how you calculated this would double in the Championship? As I recollect you did not double the number of Directors!

3 You originally stated ‘If anyone else wants to put up half a million they could step forward and share the workload and responsibilities.’ Please advise if this indicates you select and appoint Directors according their willingness to contribute funds and in effect ‘buy’ a place on the Board rather than be appointed on ability.

5 Can you please advise the size of any Directors loans that are currently outstanding across all YTFC Group companies, and if the current creditors are expecting are expecting it to be paid off when the Club next changes ownership.

6 Can you advise if the current outstanding Directors Loan is secured by mortgage or covenant against any of the Clubs current or former assets. If so, and if the club subsequently defaulted on loans from Norman Hayward, is it not the case that ownership of the Stadium would pass to Norman Hayward and be lost to the club?7 As you believe in open communication can you advise simply and honestly why the core Football Club company no longer owns the land surrounding the Stadium. This is a point of great and valid concern to many fans knowing full well that the majority of clubs whose Directors have separated the Stadium and/or surrounding land ownership from the Club have subsequently seen their Club’s financial position deteriorate, often to the point of entering Administration.

8 You have indicated that an outside party is funding the planning application – can you please advise who this is, what influence they are currently exerting upon that application and how the club are ensuring that money is not being used as an influence that might go against the best interests of the club. Most importantly – will the club be under any obligation to repay them under any circumstances, should the application be successful or unsuccessful

9 After overseeing such a disastrous downturn in the Clubs fortunes are the current shareholders now willing to consider a disposal of the Club and Ground to alternative owners.

10 Can you confirm that if the Club is ever sold its ownership will not be separated from either the Stadium or surrounding Huish Park land and that an agreed fee for the Club will include the stadium and surrounding land without any obligation to pay off debts incurred by the present or past Directors?

11 After displaying such a hostile and confrontational attitude to the possibility of a Fans Trust can you explain why you believe you are the right person to reconnect the Club with its fan base and lead the club forward when the fans have lost faith in your leadership and when the club has performed so poorly under your stewardship.

12 Many fans are wondering why Managers are dismissed but the two other constant elements of the Management team Darren Way and Terry Skiverton are (like the Chairman who appointed the managers!) seemingly immune from dismissal. Is this because of Budgetary restraints and an unwillingness of the Directors to inject funds into the Club?

13 You have said you believe in an open door policy and also that you are willing to allow fans to attend Board Meetings. ‘If they want to come into a Board Meeting I am quite prepared to allow them. If they looked at our accounts it would frighten them to death’ Can you confirm that you will allow the representatives of the proposed Fans Trust to appoint two representatives to attend and observe the next Board Meeting providing they undertake not to reveal any confidential information. Can you confirm that they will be given proper notice of the meeting, provided with an agenda and supporting papers in advance of the meeting and a set of the accounts which will ‘frighten them to death’

14 On December 8 the current Manager Darren Way was reported as saying ‘I’ve been on the phone today, making sure that we are tying up the signings we want to tie up, between myself, the Chairman and the Owner’. This is a clear and unambiguous statement that the Manager does not consider you to be the owner of Yeovil Town FC and that a third party is involved in footballing decisions. As you believe in open communication and for the sake of clarity can you please advise who is the majority shareholder at the Club and why the Manager does not refer to you as an owner? Can you advise if your own shares been purchased outright by yourself, or whether purchasedwith the assistance of loans from any other parties, such as Mr Hayward?

15 Norman Hayward has clearly been an important shareholder at the club for 10 years and has been referred to by many , including it appears the current Manager, as ‘the owner’. However the fans have received few if any statements from him regarding his vision and aspirations for the club. Privately he has told many (including myself) he is a ‘football man’ based on his experiences of playing for Bournemouth and managing Swanage in the 1960s. Can you advise what role Norman Hayward plays at the Club, his aspirations regarding his future ownership and whether he or you are responsible for key decisions in the light of Darren Way’s comments of December 8 referred to above.

Please scroll down and add any comments you have either supporting or opposing the opinions I have expressed in the letter and questions above. Thank You.